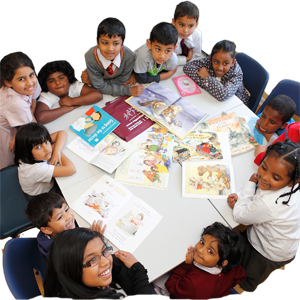 As the school/college established itself, we sensed a growing demand from parents who either did not want to put their child into full-time private education, or were unable to. We had many enquiries from parents who would have loved the opportunity to place their son/daughter into the school but were quite simply held back by their household income.

We felt that we could meet their needs another way: by providing our high-quality services on a part-time basis, allowing parents to keep their child in their local schools but to simultaneously enjoy our services on a supplementary basis to support and enhance what was learnt in school, providing a ‘semi-independent’ education. So it was that RLC was founded in 2002.

Primarily, RLC, offered tuition for secondary aged students in the core subjects of English and Maths. It has long been known, and is true to this day, that students must develop a solid grounding in these core subjects to allow them to flourish in others such as History and the Sciences. Demonstrationof proficiency in English and Maths is also expected by employers and this is something upon children must work from their very earliest days, throughout their schooling. These programmes were seized upon with considerable enthusiasm from parents, keen to give their children the very best chance of educational success. In response to demand, westarted to offer Science.

With time, RLC attracted a loyal customer base. Some of our parents had younger children and expressed an interest in bringing their younger children to us so that they could benefit from tuition from a young age and build a strong foundation for their studies. Thus we introduced our English and Maths for children aged four and upwards. We also added ICT to our course base, recognising that alongside the traditional subjects, students should acquaint themselves with knowledge of MS Office and the internet, and gain vital skills such as touch-typing. We also made one-to-one tuition sessions available for GCSE and A-Level students who needed targeted support.

Our numbers grew and in 2009 we opened up a second centre in Edgware. This was also the year when we introduced a programme of preparation for entry to independent and grammar schools, very popular to this day, with north-west London being fortunate in having some of the best schools in the UK.

In 2010 RLC gained Ofsted accreditation on the voluntary part of the childcare register. Not only a quality mark, and reassuring for parents, it has also allowed parents who would not normally have been able been able, to afford it, to access tuition via the Childcare Voucher scheme run by some employers and via the Working Tax Credit scheme. In 2011, our third branch of RLC was established in Wembley.

RLC has continued to provide tuition services, albeit in group classes, or via one-to-one sessions and continues to welcome new students through its doors throughout the academic year.
There are a wide variety of reasons why children attend RLC, some parents want their child not to fall behind, some are trying to deal with a lack of progress at school and some parents just want to give their child the edge. Every situation is unique but it was no surprise to us when an article appeared in the Daily Telegraph in September 2013, as journalist Josie Ensor reported on the surge in uptake in tuition services, with a reported 24% of students receiving further educational help outside of school according to a Sutton Trust survey. Schools, by their nature tend to be quite restrictive and regulated in their provision and where we excel, is meeting individualised needs.

One such example is Brett who joined us this year at RLC Harrow. He had been viciously bullied at his former school and had become withdrawn and depressed, taking little interest in his studies as a consequence. His mother came to us at her wit’s end as the centre where he had planned to re-sit his English GCSE had withdrawn their offer to let him do so. Naturally, not only did this mean that the family had to rush around at the last minute to find an alternative centre, but it placed further stress on them, and made an already difficult situation all the more so. Our RLC Head Teacher, Steve Hurl, took great pains to sit with them to fully understand the situation, providing reassurance and support. Brett was persuaded to take some tuition to prepare for the exam. After a shaky start, as Brett struggled with insecurities resulting from past experiences, he gradually opened up, started to engage and became increasingly confident as time passed, beginning to volunteer thoughts and ideas of his own accord. As this transformation occurred, within two months, Brett went from being a D grade student to a B/C student. For any student this is quite an achievement, but for one so harrowed by past troubles, it was a triumph celebrated by us as a centre, as well as by himself and his family. His final result is due shortly.

Ketna Patel joined RLC Wembley during the 2012-2013 academic year for one-to-one tuition. Ketna’s dream was to become an optometrist and she was given a conditional offer by City University for Optometry;one condition was that Ketna was required to hold at least a B grade in GCSE English. As she had got an E grade when she had taken these exams some years earlier she decided to remedy this with tuition. However, Ketna had left school many years before and had been out of the education system since and so unsurprisingly, Ketna’s main issue was confidence with learning and exams. When she first attended, she felt out of touch with education and nervous as there were so many topics she did not know about to the extent she felt embarrassed. After a consultation with our English teacher Ms Evelyn Samuel and Wembley RLC co-ordinator, Enock Musiime a six month plan was devised to motivate her to get back into the learning routine. We went the extra mile to recommend extra reading and provide past paper practice. Ketna was very committed, even cutting her hours of work to help prepare for the exam. Despite a bout of nerves on the day, after being soothed by the team, Ketna sat the exam and achieved a B grade of which we were all very proud.

At our third branch of RLC in Edgware, we have had many similar successes. Examples include Sachin, a hard-working youngster who required lots of practice to prepare him for his first set of exams, who was offered places at two grammar schools and seven independent schools, Rosy, one of our longest-standing students at the centre, taking tuition since she was in Year 9, who went from strength to strength under our guidance, finally left us in the summer, having gained GCSE grades of A* in Maths and Chemistry, A in Biology and Physics and B in English Language and English Literature and Amir, in Year 4, who has gone up two levels in Maths since he started tuition in September, despite severe concentration issues.

Whilst RLC continues to provide tuition to individual students, it has also continued working in partnership with local schools. All government schools receive funds for students who are ‘looked after’ or on free school meals, these funds are the ‘pupil premium’ funds. Schools may make use of these funds in any way they see fit to provide further support tothese students to try and raise their academic performance.

One of the best ways of improving student attainment of students from such backgrounds is small class tuition which supports and consolidates the academic studies that are occurring in school as recognised in the paper, ‘What works for raising the attainment of pupils from disadvantaged backgrounds?’ on the Department for Education website.

After successful partnerships with Whitmore High School and Hatch End in the 2012/2013 year, the respective Heads of these schools approached us again to provide further services to our students. We were thrilled to be asked to provide these services to these schools, as not only can we watch as students blossom in a different educational environment, but working with local schools gives us a chance to meet an extremely wide range of students, and work as part of the local community.

Therefore, RLC provided a 4 week project of tuition to students of A-Level Psychology, Maths, Economics and Sociology in groups of 12.The feedback from these sessions has been good from both Hatch End staff and students. Their Head Teacher commented upon how welcomed they had felt by our team, how impressed he was at our swift responsiveness to issues, and although the students are only just sitting their public exams now, his initial impressions of the success of the project were certainly positive based on feedback from his own staff and the high student attendance rates. Asking the students for feedback:91% of students said that they had found the course useful, and 93% were happy with the quality of teaching we provided. Crucially, 88% enjoyed their experience and a fantastic 100% stated that they felt more confident about sitting their exams after completion of the course. We also sent two highly experienced English teachers to their school to give a study day of remedial English for some of their Year 7 and Year 8 students as part of their targeting key literacy and numeracy skills.

For Whitmore High School, we had two projects. First, we welcomed a number of their ‘looked-after’ students for some one-to-one sessions for Year 9 and Year 11 English. We also carried out a long-term provision of Science for a Year 11 student who was absolutely thrilled with the lessons. We also embarked upon an eight week long project providing A-Level Maths tuition for students paired, with one of our tutors in advance of their public examinations.

RLC has also been busy with other aspects of its development. For one, it has developed its own curriculum for Key Stage 3. It has also been busy with charity initiatives including the support of Shooting Star Chase, a leading children’s hospice charity, by encouraging our students, parents and teachers to abandon their diets and tuck into special packs of confectionary with the funds going to the charity. We have also supported Breast Cancer Campaign’s Wear it Pink day and our staff and students, males included, came in dressed in pink attire, attracting plenty of donations. RLC has also recently been approved as a member of The Tutors’ Association supported by Enjoy Education’s Kate Shand, amongst others.

So it has been a busy year at RLC, providing a wide range of styles of service, all the while encouraging our students to give of their very best whilst we endeavour to give the same to them. Whilst retaining our ethos of traditional classroom teaching, RLC is not shy to move with the times and combine the very best of ‘chalk and talk’ with technology, otherwise known as ‘blended learning.’ We feel that this approach can extract the very best from each child as it offers a multi-faceted entry point to learning and acknowledges the fact that there are many different types of learner, and one must endeavour to adapt to suit all needs and styles. We keenlyanticipate exploring this further next year as well as the multifarious challenges that meet us every time a new student steps over the threshold.

We are so proud of the journey we have made over the last twelve years as we have taught, boosted the confidence of and made a positive impact upon thousands of young minds, those same young minds, who will, one day, be our future leaders.